East Beach is a narrow, three mile long undeveloped beach that separates Ninigret Pond from the Atlantic Ocean. In the summer, it is a busy state beach, but off-season, it's usually quiet. This area is often a good place to look for irruptive winter species such as crossbills, redpolls and siskins.

Park at the state beach parking area at the end of East Beach Road. The road continues beyond the parking area, but turns into a sand road that is only accessible by high-clearance four wheel drive vehicles with a CMRC permit. In the summer, the state charges a fee to park here. See the RI DEM Site for more information. 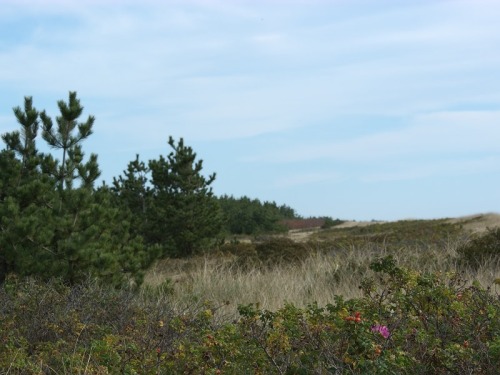 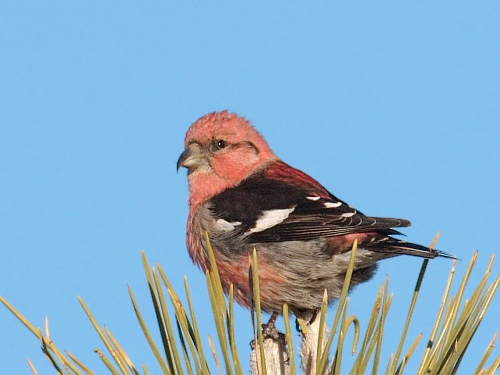 This narrow barrier beach stretches for about three miles from the parking area at the west end, to the Charlestown Breachway at the east end. In the summer, it's a busy state beach, but in the winter, it is much quieter. There are two parallel sand roads that run most of the length of the beach. Four wheel drive vehicles travel along these roads, and during the non-summer months, they travel on the beach too. During all seasons, both the roads and the beach are open to walkers. In the summer, some areas of the beach are closed off for nesting Piping Plovers and Least Terns. 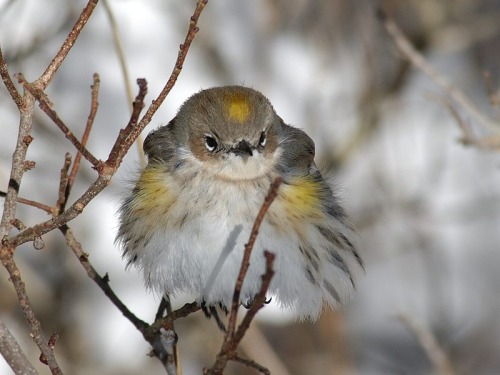 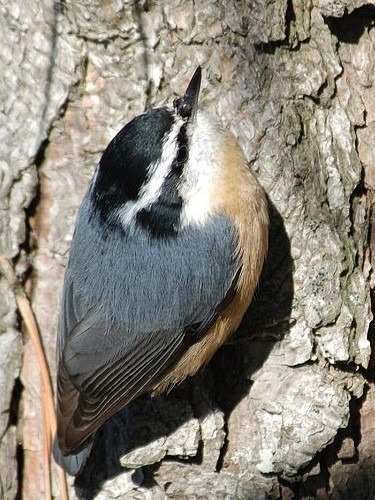 During irruptive years, Red Crossbills, White-winged Crossbills, Redpolls and Pine Siskins can sometimes be found feeding in the pines. During most winters, Yellow-rumped Warblers are plentiful and Red-breasted Nuthatches can often be found as they feed along the tree trunks. Northern Harriers frequently fly through the area and during some years, Short-eared Owls can be here. In the ocean, Common and Red-throated Loons can usually be seen along with Horned Grebes. 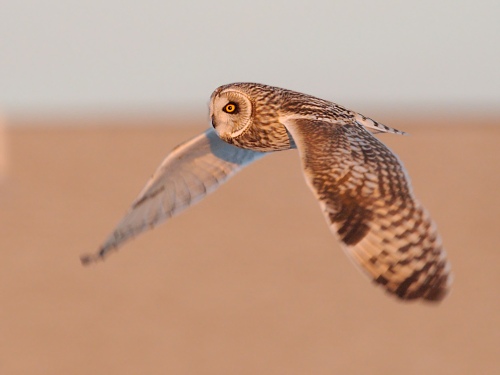 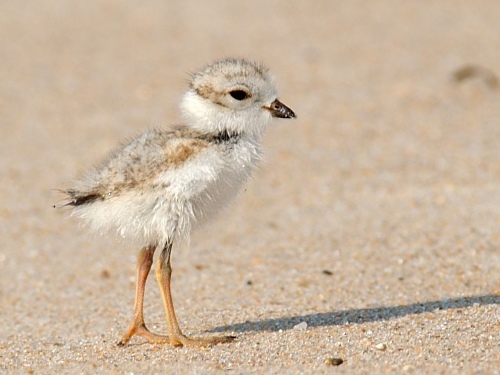