The Nature Conservancy of Rhode Island opened this trail in 2013. The trail starts in a grassy field, meanders its way through a swampy woodland and ends along the shore of Narragansett Bay. 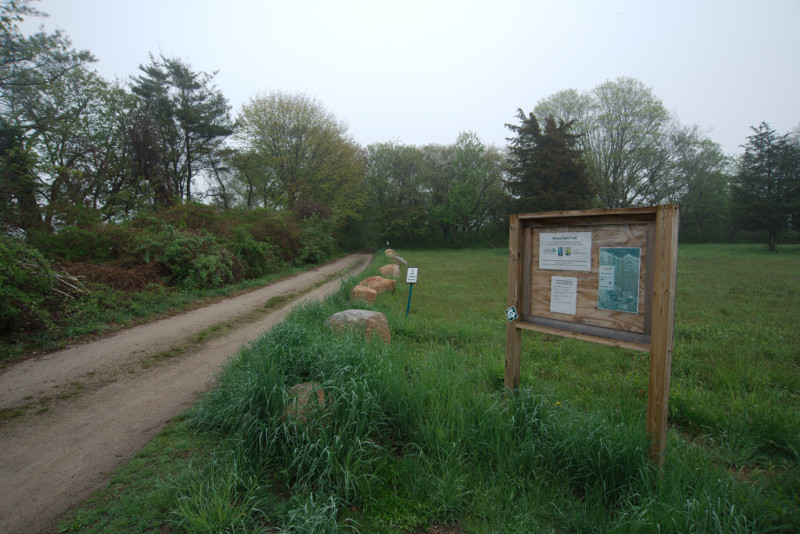 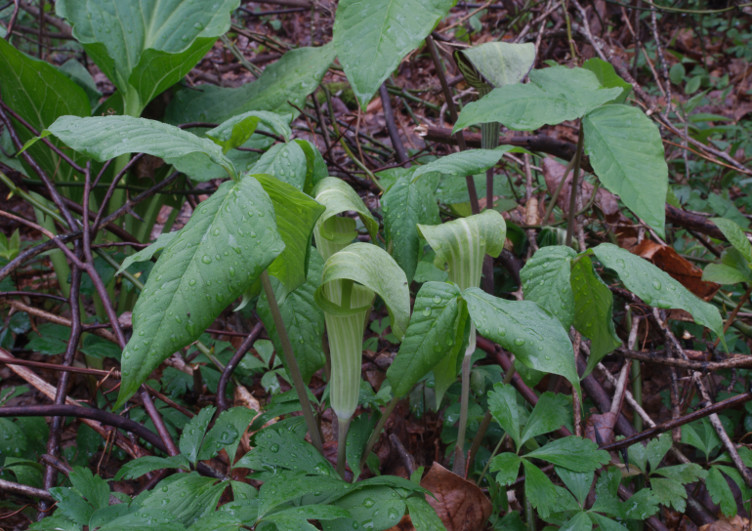 Jack in the Pulpit

Fields, swampy woodland and the coast of Narragansett Bay.

Although the trail is less than a mile long, it traverses a variety of habitat that can attract many bird species.

In the fall, mixed flocks of migrating passerines can sometimes be found passing through on their way south. The brushy areas along the Camp Varnum fence is a good place to look for sparrows.

In the winter, Horned Larks and Snow Buntings sometimes feed on the lawn in front of Camp Varnum. The shoreline can also be a good spot to look for sea ducks.

The swampy areas can get buggy during the warm months.

The area around the Sprague Bridge can be a good vantage point to look for birds along the Narrow River. The nearby fields on the west side of Boston Neck Rd (1A) can be a good place to watch displaying American Woodcocks in later February and early March.